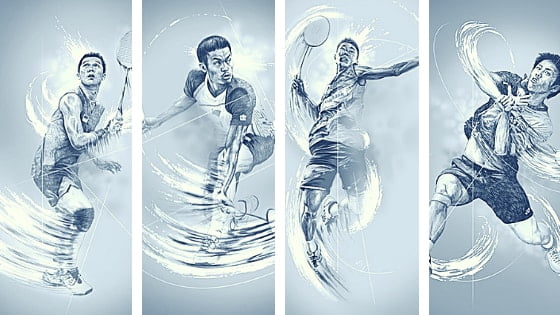 Have you ever wondered what kind of feelings best badminton players have before a decisive match or a final match point? How can those players manage their stress inside the court? What is the difference between them and other badminton players in this matter?

You should know that stress management is the key of success, not only in badminton, but also in different aspects of life. Notbadminton will go deep and tell you how best badminton players deals with stresses inside and outside the court.

In fact, these are the same emotions that each of us experiences in the face of something important – an interview, a public speech or another event that takes us out of the comfort zone.

Different ways to deal with tension

Stress management is an art that can turn a good badminton player into a champion. Of course, not everyone owns it equally.

Professional badminton players have a different ways to deal with stress and manage it. Here are some different secrets of their feelings, try to learn from them according to your personality.

On the court, she is a completely different person – a real warrior, noisy and reckless. Excessive pressure only inflames her will to fight.

Nozomi Okuhara (The Japanese badminton player, bronze medalist in the 2016 Olympics and the 2017 world champion in Glasgow, Scotland) overcomes stress by directing all its strength to concentration.

It fully focuses on the next movement, on the next draw. Sometimes you can notice how, before serving or after a long rally, she stops, breathes deeply and talks to herself, either repeating tactics, or uttering words of encouragement. Obviously, in her case it helps.

Viktor Axelsen (Danish badminton player, the 2010 World Junior Champion) approaches the question a little differently. He learned to hide his emotions and demonstrate that he is the master of the situation through body language.

After his victory in Glasgow, Victor said, “During the final match with Lin Dan I was holding on confidently, but inside me, I was shaking like a little child.”

This example shows that even an irresistible excitement can be at least partially controlled, so as not to give the opponent a psychological advantage.

The secret is in pleasure?!

Some players cope with stress in a different way, which can be associated with a particular philosophy of the game.

Take, for example, Tai Tzu Ying (the youngest No. 1 in Taiwanese badminton history) or Ratchanok Intanon (a Thai badminton player, world champion in women’s singles in 2013).

In any situation, they are supported by one simple and delightful fact: they enjoy the game wholeheartedly. These girls go to court with a smile and a desire not only to give everything 100%, but also to have a great time.

The game remains a game, no matter what is at stake. That is why they so often use tricks and creative techniques.

Commentators described Ratchanok Intanon by “balletic” due to her light footwork and relaxed hitting motion.

Often you can see how they smile at their opponents after a particularly long and complicated draw, without even getting a cherished point. It says a lot. Of course, the match results are important to them, but at the same time, they never forget to enjoy the game.

Perhaps this is just what badminton coaches should instill in players from an early age. It is the pleasure of the game, like nothing else, helps to withstand all the preparation and to overcome the excitement at crucial moments. Doubt? Ask Lee Chong Wei (LCW).

Lose concentration and you will lose the game

Sometimes the tension is so great that it is impossible to cope with it in everyday ways: it is not enough just to take a deep breath or, for example, think about something pleasant.

Just such an internal state a few months ago played a cruel joke with Lee Chong Wei, knocking him out of the badminton world championship after the first match.

From the very beginning, it was clear that the Malaysian is under tremendous stress. His non-verbal signals did not deceive anyone: he was nervous and worried, while his opponent openly enjoyed the game.

The contrast was really conspicuous. Brice Leverdez (The French badminton player) smiled while talking to himself and his teammates, and even joked on camera after winning the first game.

Apparently, the Frenchman successfully got rid of the tension, switching to the mode of carelessness and fun.

His opponent, on the contrary, drowned in the flow of his own thoughts. Naturally, this was reflected in his game, especially in the third installment, when Chong Wei crossed out his chances of winning with a series of unforced errors.

On the eve of this championship, the media presented him for months as the last chance for Chong Wei to get the desired title, invariably emphasizing how important this is for his country.

Apparently, the legendary Malaysian simply could not face all those tensions.

After you know how top badminton players release the stress, here are few tips to help you in the court and change you from amateur badminton player to a professional one.

There is nothing like playing a game for stress release, particularly Badminton, as it has many benefits on the health, so play your game as a game and enjoy it.

And now, let’s tell you about the famous badminton players and the rackets they preferred:

The Secret Meanings Behind the best Badminton Brand Logos

22 tips how to play badminton as professional players?

Badminton speed Types | How can you increase?

Quit gym and play badminton instead | benefits of badminton 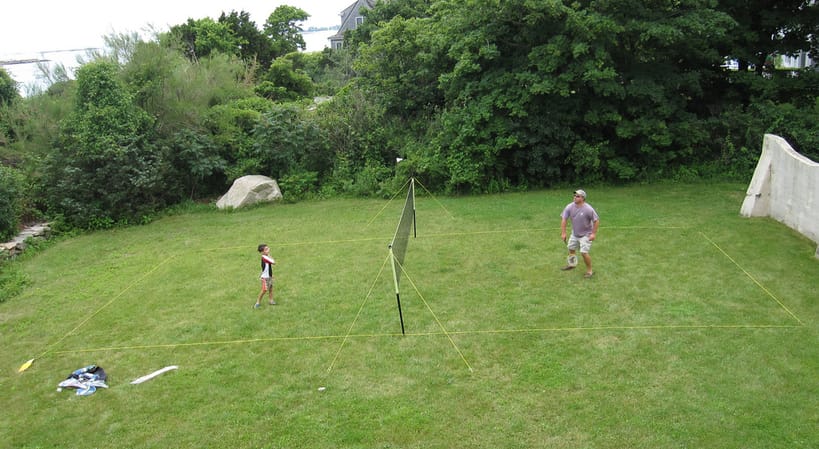